Health insurance must cover at least 80% of Indians: FICCI Industry body FICCI says that the country should aim at providing health insurance cover to at least 80 per cent of Indians by 2020 — an aim it highlights in the Health Insurance Vision 2020 released on Friday.

Antony Jacob, Chief Executive Officer, Apollo Munich Health Insurance, said the unmet medical needs of the country are likely to go up by leaps and bounds by 2020. He estimated that even if the health insurance industry grows at 20 per cent or more by 2020 the uninsured medical costs would run into over $200 billion, that is, Indians would be paying $200 billion in medical costs from their own pockets.

T.S. Vijayan, Chairman, Insurance Regulatory and Development Authority, also highlighted a gap between health insurance products and people’s needs. He said that often product offerings are not clearly specified, which lead to claims being rejected. “Insurance is all about settlement of claims. If claims are settled in time the industry has come of age,” he said.
Posted by Futurisk Insurance at 10:00:00 am No comments:

LIC kicks off customer campaign to buy insurance before Jan 1

India’s largest insurer Life Insurance Corporation of India (LIC), has kicked-off a massive customer campaign informing customers to buy their popular products before January 1, 2014. The campaign which read, ‘Your favourite products now available till December 31, 2013 only’, mentions the popular products Jeevan Tarang, Jeevan Anand, Bima Bachat and Jeevan Saral, which would be phased out from January 1 onwards.

LIC, which has already withdrawn 19 of its products, is expected to halt sales of several more products in December. From January 1 onwards, the insurer will begin with a portfolio of 15 products, some of which would be modifications of existing products.

The new product regime that has made changes in the surrender charges and product structure of traditional policies will be enforced from January 1, 2014. These guidelines, which were earlier to be implemented from October 1, 2013 had led to a customer frenzy due to fear of non-availability of the products from October 2013 onwards.

Industry experts said that this was the primary reason why LIC had seen a sharp rise in new premium business in September. A similar jump is expected in their first premium for the month of December too.
Posted by Futurisk Insurance at 9:27:00 am No comments: 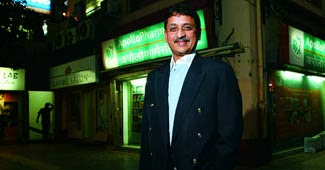 People living with diabetes, who are often denied insurance cover, owing to their chronic ailment have help at hand. Apollo Munich Health Insurance has launched a product called 'ENERGY'- The Sweetest Thing for individuals living with Diabetes Mellitus 2 and/or hypertension.

The product is said to have been designed as a complete package that provides insurance cover as well as works with the insured to help them manage their health condition by giving them an array of information, tools and support.

"What makes the product unique is that it combines health insurance, wellness, counseling, incentives, technology, and community together in a very holistic and seamless way, keeping the needs of people living with diabetes in mind," Antony Jacob, chief executive officer told reporters.
Posted by Futurisk Insurance at 4:09:00 pm No comments: